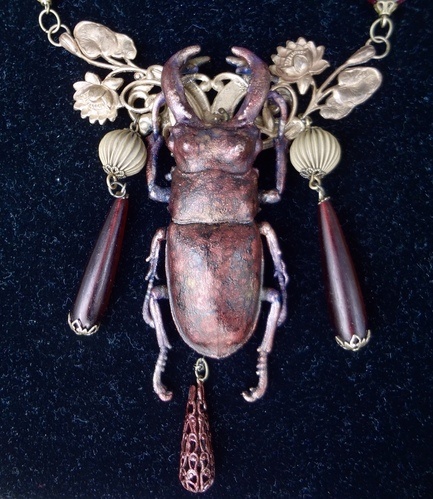 I bought this awesome electro-formed stag beetle on Etsy from “Dead Mermaid Designs”. 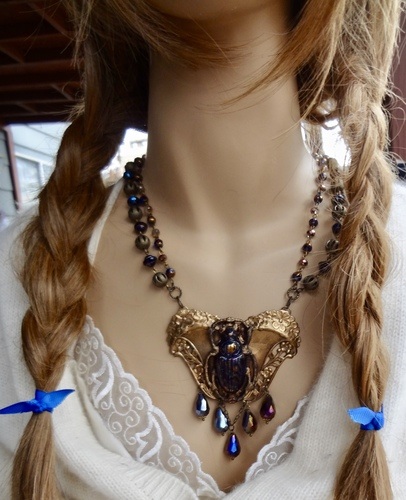 Jennifer was so helpful in telling me about the electro-forming process…I bought all the equipment and am getting ready to alter lots of items into copper. 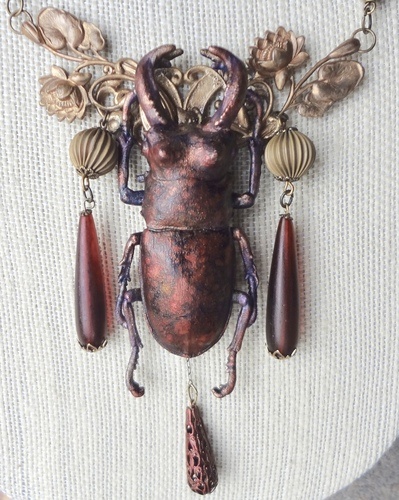 I bought her beetle and created this necklace. First I soldered the beetle to brass stampings and then used a variety of pigments and inks to color it.

Then chose the beads for the necklace.