A Lesson in Patience – Amber and Rose Calcedony

by Barbara Jacquin.
(Uzes in the south of France) 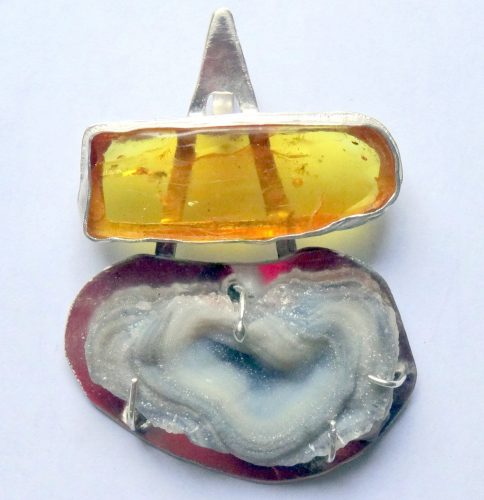 I had been intrigued by these stones ever since I bought them but could not decide on a design for them, or even IF I wanted to undertake the technical challenges of uniting them.

The amber didn’t pose too much of a setting problem except to keep enough of the back open for transparency; however, the rose calcedony’s unusual shape demanded more planning. 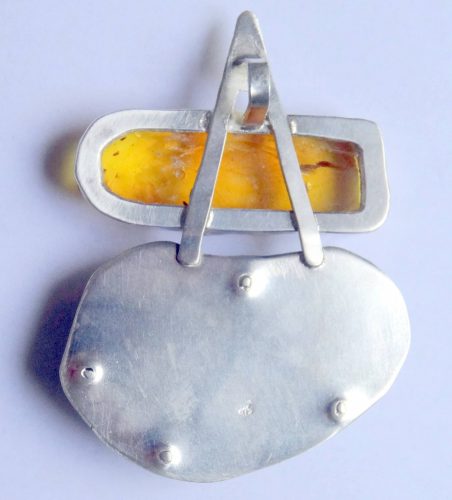 Notice the prong positions on the back

Several sketches and much apprehension later, I realized that there was no other way to set the calcedony but with prongs. 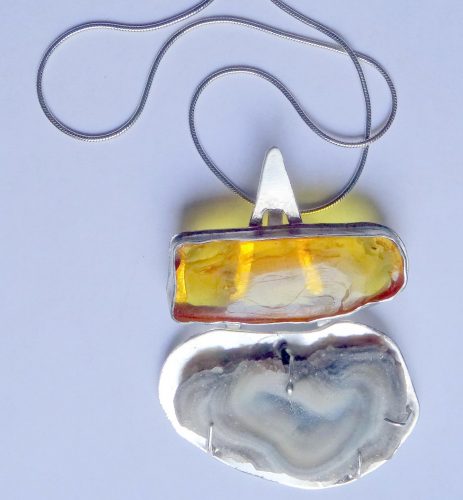 Holes for the prongs were drilled and multiple fittings of the stone were tried before my creation finally took form. 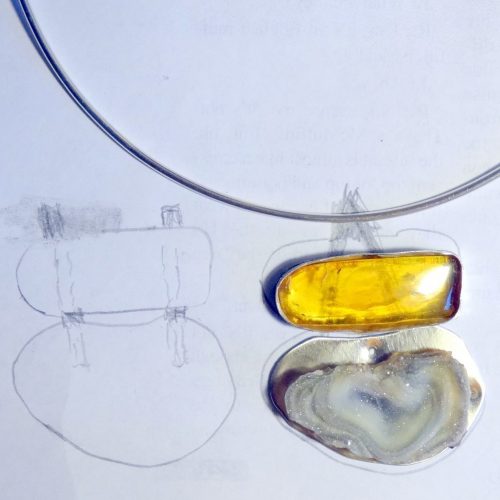 I like the subtle combination of colors and textures seen in this pendant. Pleasant to the eye but also to the touch.