This necklace was my first attempt at scroll work  I had been studying silver jewelry making in Mexico during the previous three winters, but in 2011 I decided to try something different, something more challenging –taking classes at Sterling Quest with Billy King.

Everything began with the design. 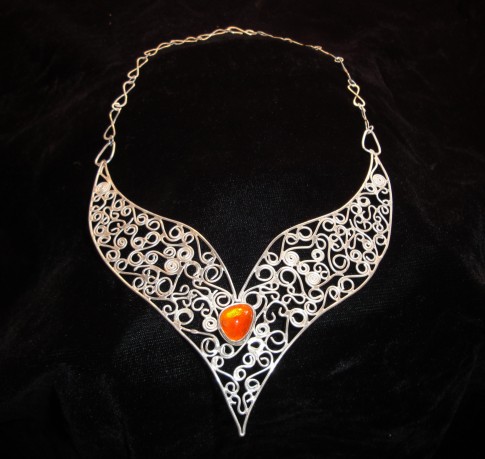 Then came the frame, and finally the little swirls and curls that filled the frame. I think this necklace has about 200 soldering points! When I began this piece, I did not like scroll work as a design element. I would never have considered buying a piece like this.

But after making it and later wearing it to events, I adore it! It is my primary signature necklace.