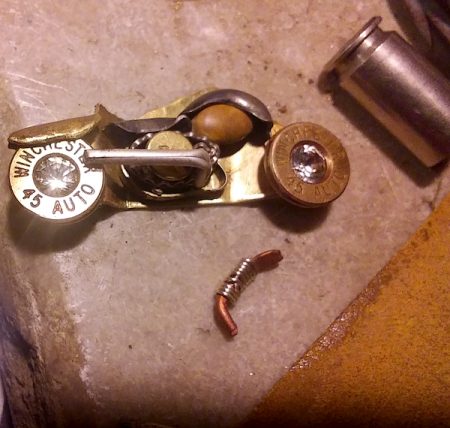 I’ve been working on this piece for months, on and off.

I first got the idea while watching my “adopted brother” knock out spent primers, preparing to reload ammunition.

I picked up one shell that fell on the floor, and thought it might make a cute bezel.

A year ago he gifted me with the Motorcycle Safety Foundation beginner’s class, and I realized I could make something as a “thank you,” after getting some cheap but pretty CZs, seemed like a good project to try. 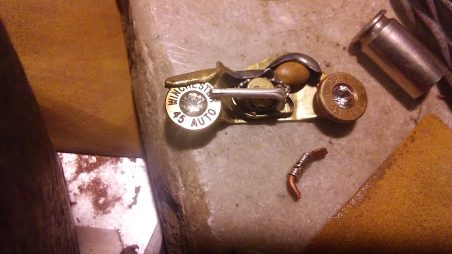 But what to use?

I’ve been going through my findings and scrap, and finally last night had everything together in one place.

It’s assembled now, waiting for the final soldering – gonna be the most detailed soldering job I’ve ever done.

The wheels are already soldered down with the CZs to the base, all other parts are sitting there, waiting for some free time for me to bring it all together.